Join Stephen aboard the world's most anticipated and Carnival's largest new cruise ship!

Carnival Mardi Gras will be a 5,200-passenger ship, and the largest vessel in the Carnival Cruise Line fleet when it debuts in November 2020. In a first for the line, Mardi Gras will feature six themed "zones," including the French Quarter, Summer Landing, Grand Central and the Ultimate Playground. One of the most thrilling new features will be BOLT™, the first-ever rollercoaster at sea!

French Quarter: This zone, styled after New Orelans' French Quarter, will be lined with new-to-Carnival bars, restaurants and music venues, including a jazz club offering live entertainment and handcrafted cocktails. Details of the new establishments, one of which involves a new celebrity partnership, will be released in spring 2019.

Grand Central: Instead of Carnival's traditional atrium, Mardi Gras will have Grand Central, an entertainment complex with three-deck-high floor-to-ceiling windows and a bar with sweeping ocean views. It's also where passengers will find expanded versions of the line's popular eateries Bonsai Sushi and Bonsai Teppanyaki. Additional Grand Central venues will include the Punchliner Comedy Club and a revamped Piano Bar 88.

La Piazza: In this Italy-inspired zone passengers can grab a bite at another Carnival favorite, Cucina del Capitano, as well as an all-new Mediterranean seafood restaurant. There also will be a bar selling specialty coffee (including cappuccinos) during the day and cocktails at night, while roaming musicians will provide entertainment.

Lido: The Lido zone will be familiar to anyone who has ever sailed with Carnival before, featuring venues like Guy's Burger Joint, BlueIguana Cantina and the Seafood Shack, but it also will have several new-to-Carnival dining and bar concepts that will be unveiled at a later date.

Ultimate Playground: This zone will encompass the ship's top three decks with the largest water park in the fleet, along with an expanded SportSquare. This zone is also where dare devils can experience the first-ever roller coaster at sea: BOLT: Ultimate Sea Coaster. Bolt will offer nearly 800 feet of twists, turns and drops with riders reaching speeds of nearly 40 miles per hour. (More timid riders need not worry, you'll be able to control the speed at which you go.) The track, located about 187 feet above sea level, will run around the perimeter of Carnival Mardi Gras' top deck and include a loop around the ship's funnel. The line plans to offer the attraction to cruisers for free, but said it might need to levy a surcharge if demand is too great.

More than 70 percent of the rooms onboard Mardi Gras will have either an ocean view or a balcony. In rooms with balconies, nearly all the balconies will have floor-to-ceiling glass sliding doors.

Other room features will include: sofas that "flip" into a twin-sized bed, an abundance of outlets and USB ports, more storage space, clear glass doors on the mini-fridges, larger wardrobes with pull-out bins and folding shelves, and bathrooms with glass shower doors.

Big Chicken Restaurant: Created by Carnival's Chief Fun Officer and NBA Hall of Famer Shaquille O'Neal, Big Chicken Restaurant will make its at-sea debut on Carnival Radiance in April 2020, but will also be found on Mardi Gras when it launches. On Mardi Gras, the venue will be located on the Lido Deck, offering breakfast, lunch and dinner with items Shaq himself developed -- in partnership with his mom.

Street Eats: An open-air eatery with three themed kiosks offering fried, steamed and plancha (skillet) options representing a variety of global cuisines. The grab-and-go venue will have a daily rotating menu of small-plate items, such as empanadas or falafel at the fried station; bao buns or shumai at the steam outlet; and kebabs or satay at the plancha kiosk.

Emeril's Bistro 1396: The first restaurant at sea to be created by Emeril Lagasse, Emeril's Bistro 1396 will be located in the ship's French Quarter, as befits its Cajun cuisine. The 66-seat a la carte bistro will offer all-day dining starting with breakfast; think shrimp and grits or a shrimp Creole omelet. Lunch and dinner options will include muffuletta sandwiches, ceviche, poboys, roasted duck and Andouille sausage gumbo, jambalaya and Emeril's signature barbecue shrimp. Sides and desserts will also be available.

Rudi's Seagrill ($38 per person): Helmed by Rudi Sodamin, Holland America Line's master chef (Holland America is a sister brand to Carnival Cruise Line), Rudi's Seagrill will feature a selection of seafood items, many of which will be presented on the plate in the form of food faces, an art form that Chef Sodamin has been mastering for several years.

The Watering Hole: Located within The Patio at Summer Landing, The Watering Hole offers a wide beer selection, including Carnival's owned canned and draft beers, as well as summer-inspired cocktails like the Watermelon Cooler and Tequila Sunset.

Guy's Pig & Anchor Smokehouse Brewhouse: Carnival's third brewery at sea, this spot will offer an assortment of the line's ParchedPig craft beers brewed on site, along with free barbecue at lunch and an expanded extra-fee dinner menu. It will also feature a stage for live music.

Sports Bar: Located in Summer Landing, this bar will feature both indoor and outdoor TV screens. 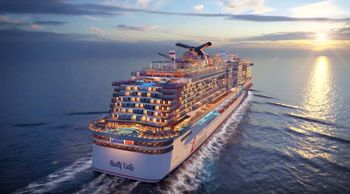 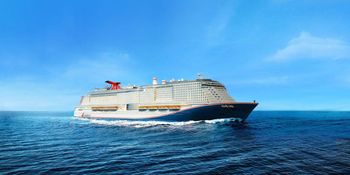 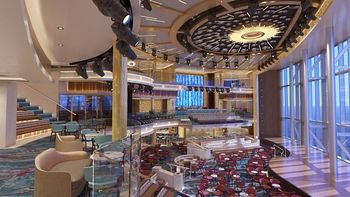 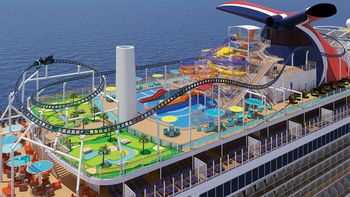 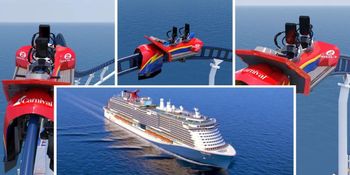 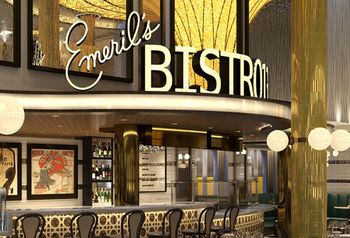 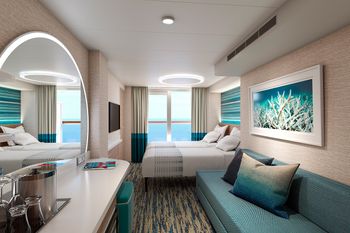 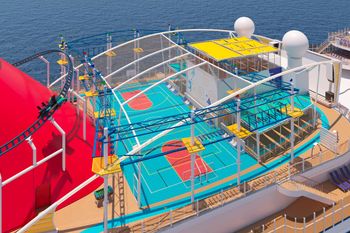 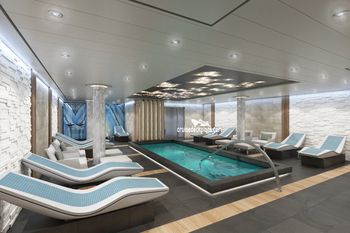 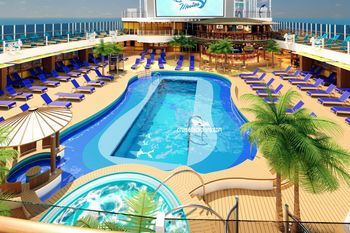 Located at the midpoint of the east coast of the Florida peninsula in Brevard County, Port Canaveral is just 45 miles east of Orlando and in the heart of the Space Coast. This puts the port in a unique position to be close to a wide variety of attractions that are easy to access even if visitors are only staying for a few hours.